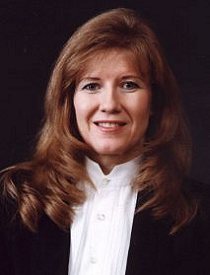 A native of Germany who spent many years in New York City, Sybille Werner has established herself as a symphonic and operatic conductor of note on both sides of the Atlantic. She feels a strong affinity for the music of Mahler and the Central European repertoire and has recorded works by Wagner, Schumann and Richard Strauss with the Bamberger Symphoniker for Bayerischer Rundfunk. This network also broadcast a concert with the First Women's Chamber Orchestra of Austria she gave in her hometown of Schwabach in 2001, the same year she recorded for Südwestdeutscher Rundfunk with the SWR Symphony Orchestra Kaiserslautern. In addition, German State Television ARD has repeatedly aired a prime-time 45-minute biographical documentary about Sybille Werner which was filmed in New York, in Germany, and during a guest engagement with Sinfonietta Cracovia in Cracow in 1998.

Ms. Werner made her Polish debut in 1994 with the Czestochowa State Philharmonic and the Kalisz Symphony; she subsequently returned to the country for concerts with the orchestras of Koszalin, Plock, Bialystok, Walbrzych, Kielce, Torun, and Poznan. Further guest appearances include repeat engagements in Germany with Collegium Musicum Schloss Pommersfelden, an orchestra of young professionals from over 20 countries, and her Mexican debut in San Luis Potosi with a program of Grieg and Mahler’s Symphony No.1, the same symphony she conducted with I Maestri in London.

In the United States she founded the Pro Solisti Chamber Orchestra and she served as Assistant Conductor of the Metropolitan Y Orchestra of West Orange, New Jersey. Subsequently she held the position of Music Director/Conductor with the Manhattan Opera Association for three seasons, with the Rockaway-Five Towns Symphony for two seasons, and with the New York Symphonic Arts Ensemble for nine seasons. She has appeared as guest conductor with the Fort Collins Symphony in Colorado and Opera Amici in Manhattan repeatedly, as well as with the Long Island Opera Company and the Greenwich Village Orchestra.

In the field of contemporary opera, Ms. Werner gave the world premiere of Martin Halpern's The Boy from Deerfield  in New York in May 2000. The following year she made her first visit to Japan to conduct Keiko Fujiie’s La Niña de Cerain Tokyo and Kyoto, followed by a multi-media staging of Dave Soldier’s Naked Revolution in Virginia. After numerous performances of Grigori Frid’s The Diary of Anne Frank< in New York in 2001/2, she was invited to conduct this production at the Cleveland Opera in June 2004.

In addition to conducting, in 2003 Sybille Werner started working with Henry-Louis de La Grange on his definitive biography of Gustav Mahler. After contributing to the appendices concerned with Mahler as composer and conductor for Volume IV, from 2011 on she collaborated with La Grange on the revision and updating of Volume I (to be published in 2020), finishing the task after his death. Ms. Werner has given lectures about Mahler performance history 1911-1960 for the Gustav Mahler Society of New York, at the international symposium “After Mahler's Death” in Vienna, (proceedings published by the University of Olomuc, 2013), at the 2015 Gustav-Mahler Musikwochen Toblach (where she also lectured about Bruno Walter in 2016), and at the 1. International Gustav Mahler Workshop Toblach (2016). In addition, Ms Werner contributed an article about the popularity of Mahler’s music in Vienna 1911-1938 to a Festschrift in honor of La Grange’s 90th birthday (Peter Lang, 2016). In recognition of her work, she received the Mahler Award of the Sociedad Mahler Mexico in March 2018.